On the 19th of July the Belgian Newbie team launched their third and final edition of the Newbie Award. Just like previous years they aim to find the most inspiring new farmer among the participants.

Interested Flemish farmers can apply on www.biosfere.be/newbie between the 19th of July and the 20th of August 2021. The nominees will be personally contacted shortly after. Just like last edition the voting will take place in two phases. In the first phase our Steering Group members will analyze each nominee and vote on the candidate who is the most inspiring and/or has come up with the most creative solutions to common problems for agricultural newcomers. In the second phase each nominee will have to motivate his or her social media network to participate in our online voting. Each phase contributes half of the points.

The winner will be announced on the 7th of October 2021. We aim to organize this award ceremony in person and combine it with a Newbie discussion circle. The details will be revealed in the future. 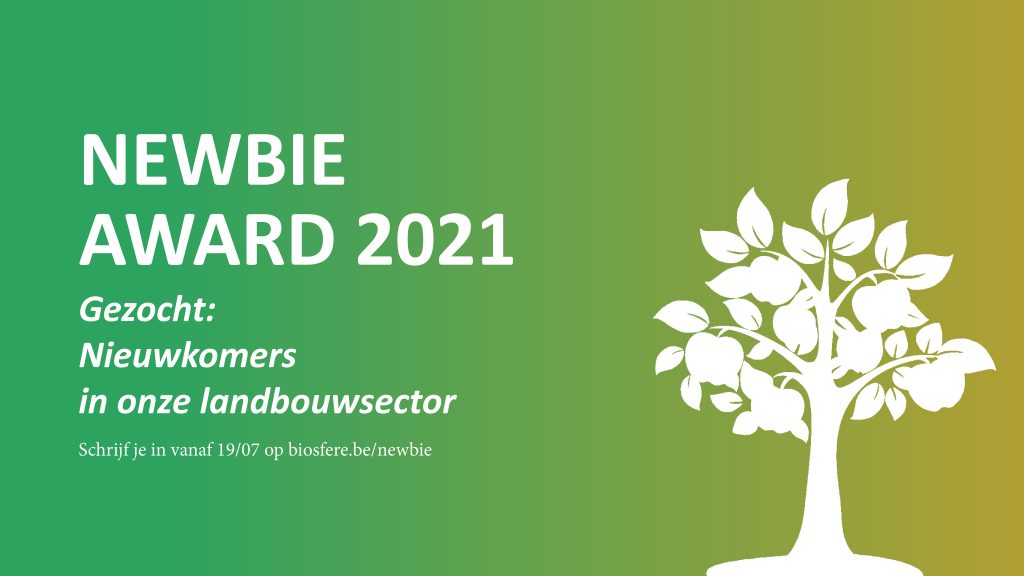