Overcoming licensing barriers in small-scale production and transformation was the topic of the discussion circle organised by Newbie Portugal on the 2 July at the University of Evora.  The event brought together twenty-four participants including the different national and regional entities involved in issuing licenses, producers, processing businesses and scientists. The session focused on two processes raised by newbies as key for value addition and diversification in the Alentejo region; slaughtering, processing and distributing poultry meat on the one hand and processing units for plant product for food, medicinal or cosmetic purposes on the other.

According to Carlos Balsa a vegetable and eggs producer in Canaviais, obtaining a license for slaughtering and selling poultry meat is almost “mission impossible”.  The participants debated the feasibility of different options such as on-farm slaughtering facilities and industrial slaughterhouses, both considered not viable for small scale systems. There was a general agreement that the legal and regulatory environment, tailored to poultry industrial production systems, was still not conducive to scaling small scale meat poultry enterprises, especially for alternative production models such as organic.  Isabel Ferraz de Oliveira, both a researcher and poultry farmer, underlined that there are mobile slaughterhouse models in Europe that have found to be effective options.

Steps for licensing processing units for plant products were also discussed. Although the process has been simplified over the last decade with the online application processes, it still poses problems to quite a few producers. The Newbie team will work on the production of short guidelines about the diverse processes.  It was also agreed that additional discussion circles should be organized later this year to outline and discuss the technical requirements for licensing different types of processing units. 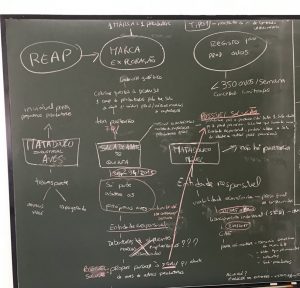 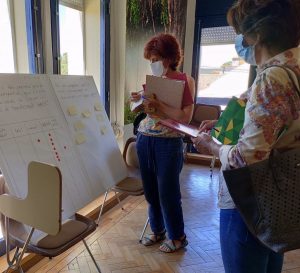 Discussion circle in the Netherlands: Access to land
Steering Group meeting in Bulgaria