How will European farming look like in 2040? Which kind of farms will be present and who will be the farmers? These and further questions were discussed during the discussing circle “farmers of the future” in early 2020. Fachhochschule Südwestfalen organized in cooperation with the Joint Research Centre of the European Commission (JRC) this workshop with young and innovative farmers located in the region of Soest. The goal of the workshop was to discuss about visions of how farming in Europe, and more specifically Germany and the region, will look like in 2040.

The workshop series “Farmers of the future” is part of JRC’s foresight study on professional and social roles of farmers in 2040 aiming to support EU policy decisions. Based on the foundation of global megatrends, like climate change, inequalities, urbanisation, etc., JRC presented different models of future farming include permaculture, augmented cows, robotics, etc. They have been discussed extensively in small groups. Some of the urgent issues which were popping up are: access to land including land prices, European, national, and local regulations limiting the farm development in several directions as well as bringing together economic viability and ecological/landscape protection measures. Additionally, it was raised that farmers have to be open-minded to be still present in 2040, that they need stronger connections with the local communities and stakeholders, and that stepping out of mainstream farming holds many possibilities (short chains, niches, post-capitalism models, etc.), but also hurdles. Furthermore, smart administration, less bureaucracy, and more entrepreneurial thinking of farmers will be important framework conditions to develop farming further.

The young and innovative farmers of the Soest region made the discussion about future farming of 2040 and inspiring and interactive day of fruitful talks and arguments. The JRC as well as the Newbie team of Fachhochschule Südwestfalen University of Applied Sciences were very happy with the in-depth discussions. 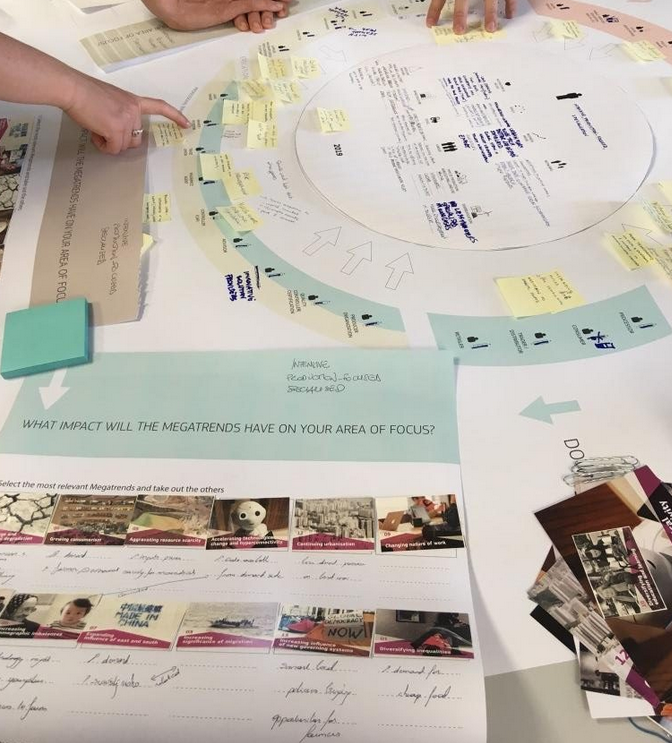 Interactive discussion on farming in 2040 – trends, chances, and hurdles