Being the largest youth organisation in rural Germany with more than 100,000 members, representation is a cornerstone of BDL’s work. For that reason, the German Rural Youth Association (BDL = Bund der Deutschen Landjugend e.V.), has used the forced time-out of the Covid19 pandemic to launch the “Young Farmers Study” in its Young Farmers Project.

For that, BDL worked together with experts of the market research institute Produkt+Markt. The study was set up to define a baseline for the strategic development of agricultural associations by evaluating the needs of young farmers and other young agrarians, and gaining insights into their attitudes towards engagement, the current representation, politics, and rural lifestyles. The aim was to develop an approach for internal development and external communication with other agricultural associations in Germany based on empirical data.

Specifically, 190 young agrarians participated. At first, 30 of them worked on individual tasks and discussed key points in a qualitative data collection that formed the foundation for the following quantitative research in which 160 young farmers participated. For interpretation, BDL has derived statements in order to create a critical perspective and start a dialogue. This evaluation did not necessarily draw a glorious picture and the feedback for the agricultural associations was often not positive. For example, a common complaint is that young people are simply not interested in voluntary engagement and that for that reason their participation declines. However, the Young Farmers Study clearly showed a willingness for participation and a closer look at the data revealed that it is (also) the responsibility of the associations themselves to recruit new members, especially young ones. Also, the data showed that three in four women would love to engage voluntarily, but only half of them do currently. 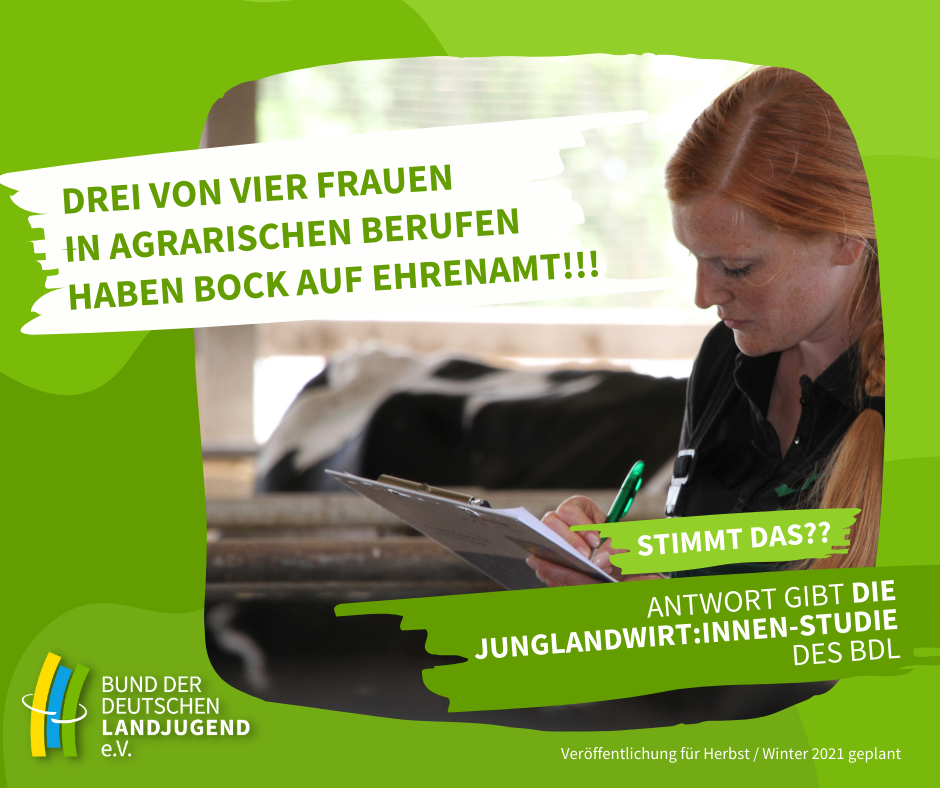 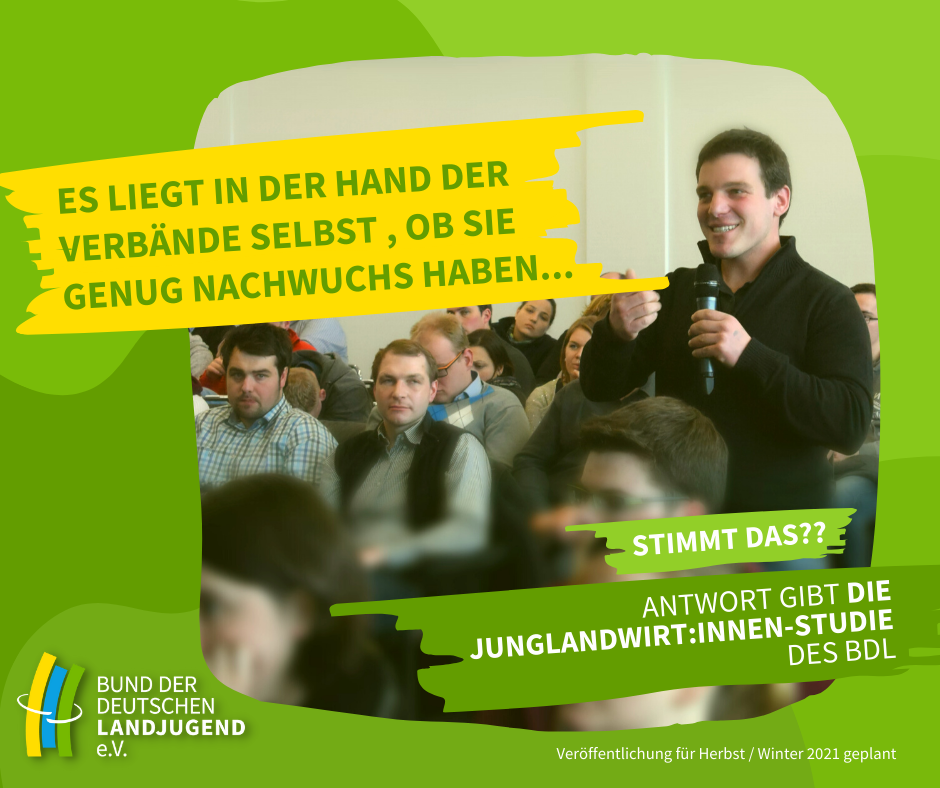