For the past few weeks our Belgian partner KU Leuven has been heavily involved with the topic of urban food strategies. Cities are increasingly worried about the food security of their inhabitants and many of them are creating a long term plan to tackle these issues. Belgian experts visited some example cities listed below.

The first part of our three part visit to Paris brought us to the agricultural college of Paris (AgriParisTech) in the city center. On top of their campus is situated a rooftop farming research facility. The main researcher explained some of the challenges of rooftop farming (weight, facilities, logistics, birds) and showed us their latest progress in the development of a sustainable substrate as a replacement for conventional soil. Currently it exists of pumice, vegetable waste and coffee grounds, but the formula is still undergoing changes. We were also informed about the possibility of alternative crops. As the rooftop shows, on average, a 3 degree T increase compared to floor level, some varieties fare better than others. Learn more here. Secondly, we got a meeting with the deputy of environment. He explained that Paris has been investing heavily in urban and rooftop farming. They look actively for suitable roofs and provide funding to equip these with the necessary facilities. Afterwards innovative and energetic consumers can apply for the spot to start their farm. Paris has other large plans as well. One of such farms can be seen on the second picture. Besides basic facilities, also the balustrade was provided by the city. There is definitely a learning curve to these project, so the farmer claims. As these unique conditions provide both opportunities and challenges. 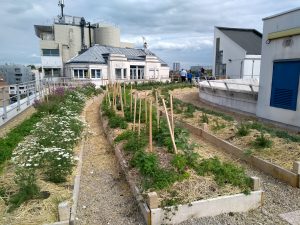 Mechelen is a medium sized city situated near the middle of Belgium. The Velt association is actively working here, and in other cities, to stimulate communal gardens. The NEWBIE team visited three such gardens in the city. The gardens have a mostly social function as production is used for own consumption or sold on sporadic markets. While no entrepreneurship is related to these gardens, they might spark it with the users. It also helps to bring farming closer with the inhabitants of the city. A different type of garden lies a little outside of Mechelen. There we find the garden of a museum on agriculture that had a small plot spare. They decided to rent out ridges on a yearly basis. Interested consumers can get a taste of farming without having access to land. Tools are provided and choice of crop is completely free. 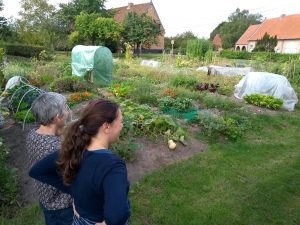 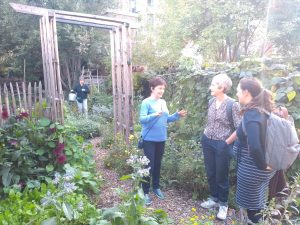 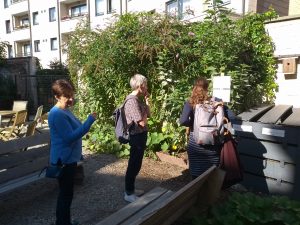 South of Brussels lies the city of Anderlecht. Close to its center is the Abattoir city, which has historically always been home to a large meat-market. The old market, now in need of renovations, was replaced by a new building as a first of a large project to increase the value of the neighborhood. On top fo this building we find Ferme Abattoir, a high-tech rooftop farm. The hall has room for 50 spots, many of which have cooling facilities. As part of the food strategy of Brussels it was decided to include a rooftop farm in the plans for the building. Because of this the farm has many advantages compared to other such projects. The accommodations were specifically prepared with the farm in mind. Therefore it can enjoy energy from solar panels, heat from the cooling cells below, a large elevator, and others. Their main focus at the moment is the production of striped bass, tomatoes and herbs. Fish water is used as fertilizer for the tomatoes and herbs. 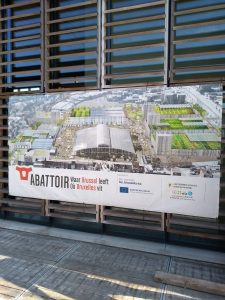 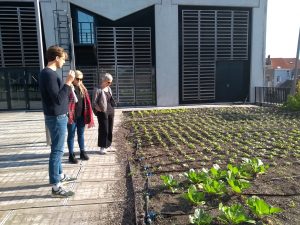 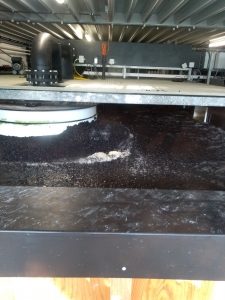 Visit to Bulgaria: What challenges do successors and start-ups face?
Winner of the NEWBIE award 2018 and 3rd National Discussion Circle in Slovenia